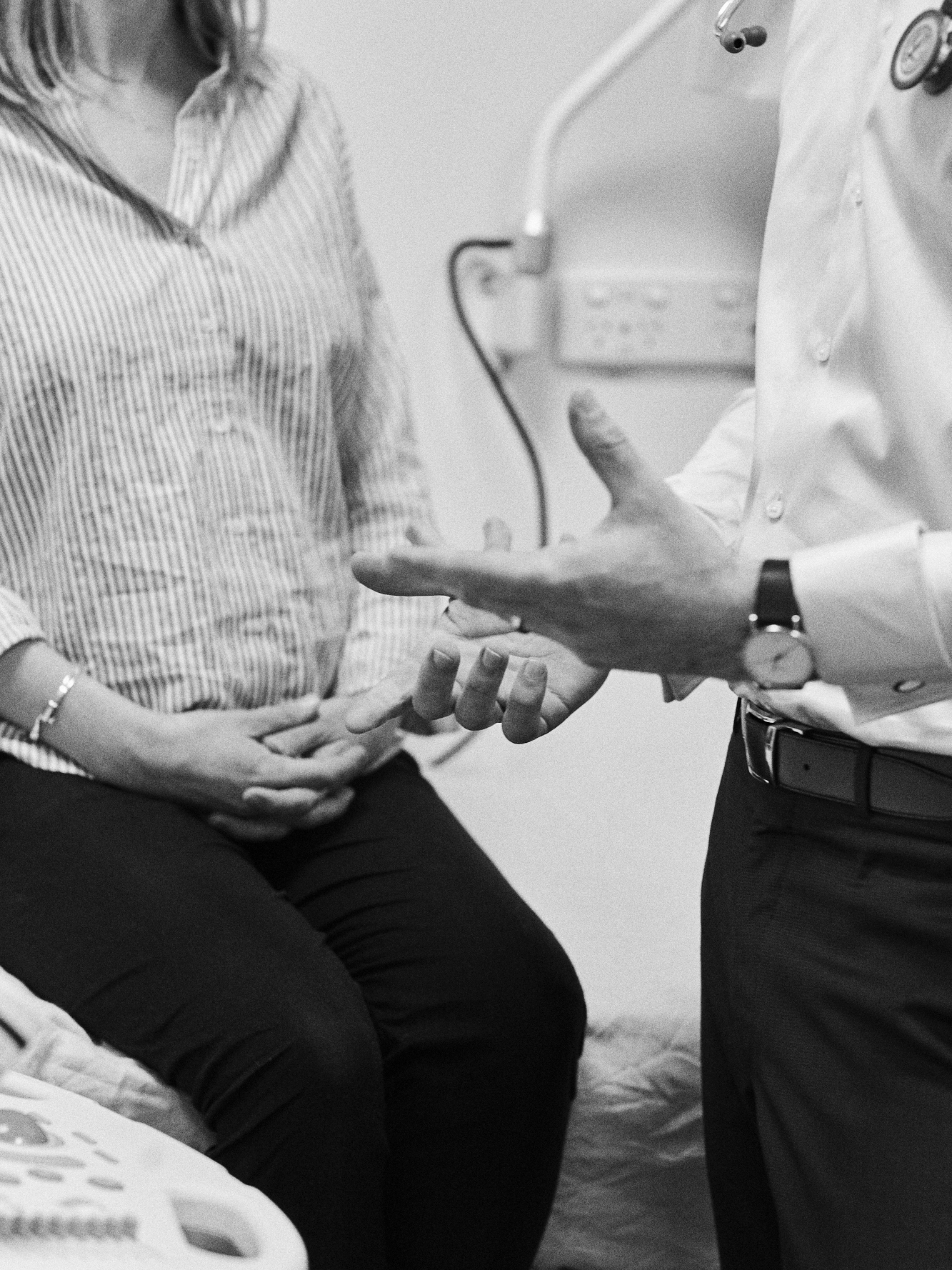 Endometriosis is a common gynaecological condition gaining increasing recognition in the community. It affects about 10% of women of reproductive age with a much higher prevalence in those with fertility issues.

Endometriosis is a condition where tissue that normally only lines the uterus (the endometrium) is present on other pelvic structures.  Endometriosis can affect the ovaries, fallopian tubes, the outside of the uterus, the cervix, the lining of the pelvis, the bladder and the rectum. Very occasionally it is found on more distant structures. The presence of endometrial cells can result in a chronic, inflammatory reaction in the affected tissues which may result in damage.

The cause of endometriosis is not well established but it is now felt that a number of factors contribute. These include a genetic pre-disposition, altered immunity, altered cell functioning, abnormal hormonal function and abnormal movement of endometrial cells.

Endometriosis often presents with long standing pelvic pain, painful periods, pain during sex, painful urination and bowel movements. Pain levels are not well correlated with the severity of disease and some patients with what appears to be minor endometriosis will still have severe symptoms. Some patients may present with infertility alone. Endometriosis can also be associated with heavy periods.

Endometriosis is diagnosed through a mixture of patient history, examination findings, imaging and sometimes laparoscopic (keyhole) surgery. Ultrasound can be particularly useful in delineating severe disease and cysts but will not accurately identify all endometriosis. Laparoscopy isn’t always necessary but can useful where concurrent diagnosis and treatment is being considered.

There a range of treatment options available for patients with endometriosis which include non-hormonal medication, hormonal options, hormonal suppression and in some cases laparoscopic surgery.

Polycystic ovarian syndrome (PCOS) is the most common endocrine condition in reproductive age women with up to 20% affected. It is also one of the most common causes of infertility. PCOS is characterised by a lack of ovulation, irregular periods, elevated androgens (male hormones) and sometimes increased acne and hair growth. The name of the condition refers to the nature of patient’s ovaries where there are an increased number of small cysts seen on ultrasound. This finding alone, however, is not essential or diagnostic in itself.

The cause of PCOS is not fully understood though it is known to involve an increase in the body’s cells resistance to insulin. Insulin is a hormone that lowers blood sugar levels. Women with PCOS have increased levels of insulin and glucose. Higher levels of insulin can lead to many of the symptoms of PCOS. Women with PCOS also have a higher long term risk of developing diabetes.  There is also an increase in androgens hormone levels such as testosterone. Certain families have a genetic pre-disposition to developing PCOS with multiple women in the same family being affected.

The presentation of PCOS can vary but can include the following:

PCOS is also known to have an association with depression and psychological problems.

Over the longer term there are some other health risks associated with PCOS that include:

Diagnosis of PCOS is based on a combination of clinical presentation, targeted blood tests and ultrasound findings.

The management plan for each PCOS patient depends upon their specific symptoms and concerns. For all patients a multifaceted approach is taken which includes lifestyle changes (such as attaining a healthy weight, dietary changes and exercise) in addition to potential array of medication options.

One of the hallmark features of PCOS is a lack of ovulation and therefore treatment for infertility is centred on addressing this. Ovulation induction is usually achieved with the oral aromatase inhibitor Letrozole. Aromatase is an enzyme involved in the production of estrogen. Alternatively Clomiphine Citrate (Clomid) which is acts on estrogen receptors can be trialled.  Where these options don’t work hormones that stimulate the production of oestrogen and progesterone (the gonadotrophins FSH, and LH) can be administered via injection.

Fibroids are common non-cancerous growth of the muscle tissue that makes up the uterus. They arise from a single smooth muscle cell and are responsive to the hormones oestrogen and progesterone.  Fibroids are present in up to 70% of women by age 50 though the percentage of women affected by symptoms is much lower.

Early onset of periods, increasing age, polycystic ovarian syndrome, being above a normal weight and increased consumption of red meat and alcohol may increase the risk of fibroids. Some women also have a genetic predisposition to forming fibroids. Use of long acting progesterone-based contraceptives and having one or more pregnancies reduces the risk.

Many women with fibroids are asymptomatic though they can cause heavy periods, pelvic pain and pelvic pressure. Rarely, fibroids are associated with infertility and specific pregnancy complications.

The presentation of fibroids is dependent on their size, location and the age of the woman affected. Fibroids can be located within the cavity of the uterus (submucosal), in its wall (intramural) or on the outside of the cavity (subserosal). Occasionally fibroids are located in the cervix (the neck of the uterus). `

Where fibroids are suspected the diagnosis is usually made on pelvic ultrasound. Occasionally where further information is required an MRI scan will be performed. Fibroids may also be incidentally recognised during other procedures such as laparoscopy (key hole abdominal surgery), caesarean sections and hysteroscopies (a camera guided curette that visualises the inside of the uterus).

Treatment for fibroids is only required where patients are symptomatic or very occasionally where they are believed to be affecting fertility. The choice of treatment and its approach also depends on the size and location of the fibroid.

Treatment options range from medical to radiological and surgical. They include:

Submucosal fibroids and some intramural fibroids (that distort the cavity of the uterus) can be associated with reduced fertility and an increased miscarriage rate. These fibroids only account for 2% of cases of infertility and should only be treated where other causes have been excluded. Where it is felt removal of a fibroid distorting the cavity of the uterus would be beneficial this is usually performed hysteroscopically.

Occasionally fibroids can cause issues during pregnancy, labour and delivery.

Treatment prior to pregnancy depends on the number of fibroids, their size and location. Often no treatment is required. Once pregnant management involves careful surveillance and planning for delivery to reduce the risk of complications. Removal of fibroids during pregnancy and delivery is potentially dangerous and is usually avoided.